If you are now using docker on a Mac M1 (arm64 platform), you don’t want to use amd64 as the architecture for your Linux Images.

Put this on your Dockerfile:

Go to the AWS EBS dashboard and modify the volume size. Might be good to create a snapshot of it for safety but haven’t really failed ever doing this.

I don’t think I’ve ever used union for anything, but today I came across a very interesting use case to avoid bit-shifting tricks when dealing with data embedded in numbers.

Microsoft defines it this way

A union is a user-defined type in which all members share the same memory location. This definition means that at any given time, a union can contain no more than one object from its list of members. It also means that no matter how many members a union has, it always uses only enough memory to store the largest member.

We can also do the same with an anonymous union, and directly use the variables, which will change each other’s values

This I believe might come in handy if you need to use integers as arrays of 8 bit numbers because you can use the array ‘[]’ operator to access the individual bytes in the number without having to do bit shifting tricks (>>,<<,&,|) to extract them or manipulate them

DO NOT USE THIS TECHNIQUE IN PRODUCTION CODE:

Doing this correctly is highly dependent upon following and understanding the language spec, fyi

I should clarify. You basically CANNOT do this safely in general. Specifically, "It's undefined behavior to read from the member of the union that wasn't most recently written." (with very restrictive exceptions). You may see "reasonable" behavior depending on the compiler…

…used, which may provide additional guarantees not present in the C++ spec, but it's not portable, and a compliant compiler would be allowed to do just about anything it wants to break your program (like return a zero value on the read, or skip the preceding write, etc).

On the compilation phase, you will usually need to specify the different include paths so that the interfaces (.h, .hpp) which define structs, classes, constans, and functions can be found.

With gcc and llvm include paths are passed with -I/path/to/includes, you can pass as many -I as you need.

In Windows, cl.exe takes include paths with the following syntax:
/I"c:\path\to\includes\ you can also pass as many as you need.

Some software uses macro definition variables that should be passed during compile time to decide what code to include.

These compilation time flags are by convention usually put into a single variable named CXXFLAGS, which is then passed to the compiler as a parameter for convenience when you’re building your compilation/make script.

When you compile your .c, or .cpp files, you will end up with object files.
These files usually have .o extensions in Linux, in Windows they might be under .obj extensions.

You can create an .o file for a single or for many source files.

When you have several .o files, you can put them together as a library, a static library. In Linux/Mac these static libraries are simply archive files, or .a files. In windows, static library files exist under the .lib extension.

When you are creating an executable that needs to make use of a library, if you use these static libraries, the size of your executable will be the sum of all the object files statically linked by the executable. The code is right there along the executable, it’s easier to distribute, but again, the size of the executable can be bigger than it needs to… why? because, sometimes, many of the .o files, or even the entire .a file you’re linking against might be a standard library that many other programs need.

So shared or dynamic libraries were invented so that different programs or libraries would make external (shared) references to them, since they’re “shared” the symbols defined in them don’t need to be part of your executable or library, your executable contain symbols whose entry points or offset addresses might point to somewhere within themselves, but they will also have symbols whose entry points are expected to exist on shared libraries which need only be loaded once in a single portion of the operating shared memory, thus not just making the size of your executable as small as it needs to be, but you won’t need to load the library for every process/program that needs its symbols.

When linking your software you may be faced with a situation on which you want to link against several standard shared libraries.
If all the libraries you need exist in a single folder, you can set the LD_LIBRARY_PATH to that folder. By common standard all shared libraries are prefixed with the word lib. If a library exists in LD_LIBRARY_PATH and you want to link against it, you don’t need to pass the entire path to the library, you simply pass -lname and you will link your executable to the symbols of libname.so which should be somewhere inside LD_LIBRARY_PATH.

Tip: You should probably stay away from altering your LD_LIBRARY_PATH, if you do, make sure you keep its original value, and when you’re done restore it, as you might screw the build processes of other software in the system which might depend on what’s on the LD_LIBRARY_PATH.

What if libraries are in different folders?

If you have some other libbar.so library on another folder outside LD_LIBRARY_PATH you can explictly pass the full path to that library /path/to/that/other/library/libbar.so, or you can specify the folder that contains it -L/path/to/that/other/library and then the short hand form -lbar. This latter option makes more sense if the second folder contains several other libraries.

Sometimes you may be dealing with issues like undefined symbol errors, and you may want to inspect what symbols (functions) are defined in your library.

On Mac there’s otool, on Linux/Mac there’s nm, on Windows there’s depends.exe (a GUI tool that can be used to see both dependencies and the symbol’s tables. Taking a look at the “Entry Point” column will help you understand clearly the difference between symbols linking to a shared library vs symbols linking statically to the same library)

See shared symbols with nm (Linux/Mac)
With nm, you can see the symbol’s name list.
Familiarize yourself with the meaning of the symbol types:

If the symbol is local (non-external) the symbol type is presented in lowercase letters, for example a lowercase u represents an undefined reference to a private external in another module in the same library.

nm‘s documentation says that if you’re working on Mac and you see that the symbol is preceeded by + or - it means it’s an ObjectiveC method, if you’re familiar with ObjectiveC you will know that + is for class methods and - is for instance methods, but in practice it seems to be a bit more explicit and you will often see objc or OBJC prefixed to those methods.

nm is best used along with grep 😉

My C++ code compiles but it won’t link

Linking is simply “linking” a bunch of .o files to make an executable.

Each one of these .o’s may be compiled on their own out of their .cpp files, but when one references symbols that are supposed to exist in other .o’s and they’re not to be found then you get linking errors.

Perhaps through forward declarations you managed your compilation phase to pass, but then you get a bunch of symbol not found errors.
Make sure to read them slowly, see where these symbols are being referenced, you will see that these issues occur due to namespace visibility in most cases.

Perhaps you copied the signature of a method that exists in a private space elsewhere into some other namespace where your code wasn’t compiling, all you did was make it compilable, but the actual symbol might not be visible outside the scope where it’s truly defined and implemented.

Here, when I read the code of Network::TxMessage::handle(...) there was a call to FlushStateToDisk, which was declared in main.h, and coded in main.cpp. My TxMessage.cpp did include main.h, compilation was fine, I had a TxMessage.o file and a main.o, but the linker was complaining.

The issue was that FlushStateToDisk was declared as a static, therefore only visible inside main.o, once I removed the static from the declaration and implementation the error went away and my executable was linked. Similar things happen when functions are declared in anonymous spaces in other files, even if you forward declare them on your local .h

In other cases your code compiles and you get this error linking because your library can’t be added using -lfoo, and adding its containing folder to -L doesn’t cut it, in this case you just add the full path to the library in your compilation command: gcc /path/to/the/missing/library.o ... my_source.cpp -o my_executable

DO NOT EXPORT CFLAGS, CPPFLAGS and the like on your .bash_profile/.bashrc, it can lead to unintended building consequences in many projects. I’ve wasted so many hours due to this mistake.

How to enable source highlighting when doing less mycodefile.ext

Here’s in python, imperatively, and then in functional style without the need for loops.

Here’s in Haskell, I call it the gubatron’s method, explained in the comments.
Saw it by looking at a pattern while trying to solve it in paper, it just clicked.
Not sure if this is how other people code this solution.

Usually you’d add a list of integers this way:

You can do it functionally without any loops in different ways:

Using map and a lambda that adds them up

or you can import the add operator as a named function

Ever zipped two lists into a list of tuples?

There’s another more convoluted way if you want to play with “zip”. 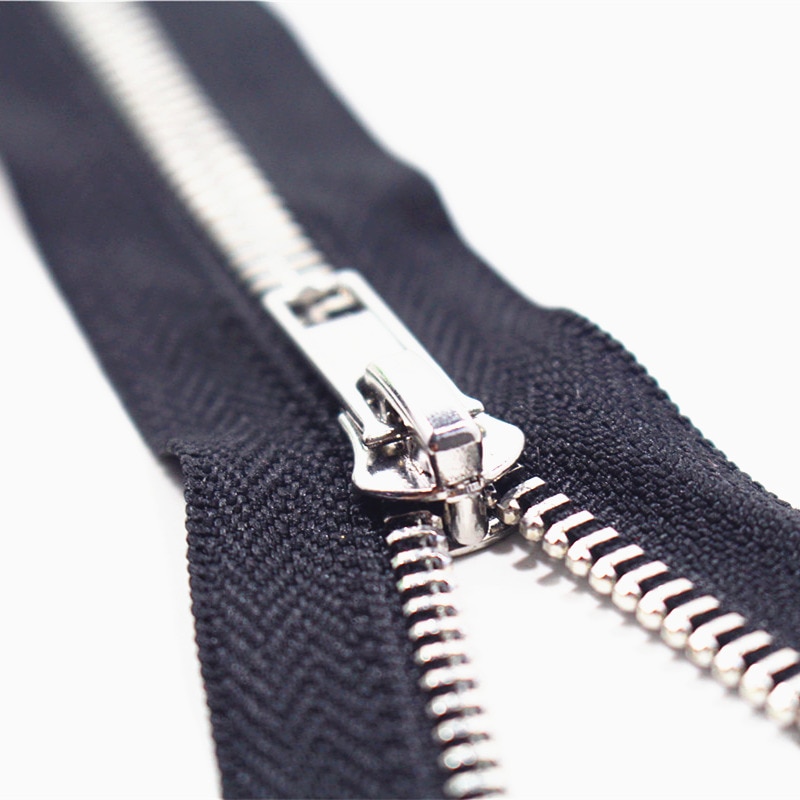 Imagine a jacket zipper and the teeth on each side of the zipper is one element on each one of the list.


When you zip the lists a and b, you end up with a list of tuples of matching elements from the given lists.

you could now map a function to add the elements within each tuple on that list.

In Python 2 it’s not necessary to use list(), the map() and zip() methods return lists there. But stay away from Python 2, a lot of projects are now discontinuing support.

You’ve just upgraded one of your Android project’s dependencies and when you ./gradlew assembleRelease the build process breaks.

You invoke it again with --stacktrace to find the following exception:

This is a ProGuard bug, which my friend, has been solved by the ProGuard team ages ago, and your build environment is using an old ProGuard version.

You want to serve a wordpress instance on a website’s domain url but not at the path’s root, you want it under a sub-directory, for example “blog”, the same as this blog:

Here’s how my NGINX’s server block for ‘www.gubatron.com’ looks like at the moment (https/ssl hasn’t been configured yet)

Here is the equivalent in lighttpd, too bad lighttpd has no plans for HTTP2, it’s much friendlier and flexible to configure than nginx in my humble opinion.

I used to host this website and wordpress on lighttpd, lighttpd’s config file is very powerful, it’s all based on matching server variables and applying rules, I will miss it dearly, things like having a compressed file cache and it’s flexibility, but I have to move on to nginx if I want to use http2, the lighttpd has no plans for http2 support and it’s just much faster and efficient than http 1.1.